We are happy to inform all our readers and prospective travelers that Chhundu Travels is one of the oldest travel companies in Bhutan. Established in 1986 as a ticketing firm, our history and journey as one of the most professional and efficient travel agency in the country is tied and very closely linked with the history and growth of the Tourism Industry itself in Bhutan. Well into the 21st century, Bhutan was virtually unknown to the rest of the world except for relations it established with its immediate neighbours. It was accessible only by foot through high passes in the north and from the plains in the south. All that started to change from the 1960s onwards. More than a decade later in 1974, our fourth King was crowned. It was during the coronation celebrations that the international media was allowed access into the country for the first time. Later that same year, the first group of tourists arrived. For the next fifteen years, tourism was managed and controlled by the government.

It was against this backdrop that Chhundu Travels was established in 1986. Our company’s history and growth is closely tied to the development of the tourism sector in Bhutan. From a primarily ticketing company, we began booking tours with the Department of Tourism as international agents would, on occasion, find responses to be slow and seek our assistance. Subsequently, we began to subcontract tours for the Department. When the tourism industry was privatized in 1991, we began ground operations for our own groups.

Mountains, rocks, and lakes are believed to have protective deities. Often, a specific deity holds a powerful influence over a locality and is worshipped in return for protection. One such supreme legendary deity is Ap Chhundu, who watches over the Haa valley in the west of the country and is also revered elsewhere. Our company bears his name.

Today, with more than three decades of experiences with us, we have emerged as a well established and recognized company, distinguished for our professionalism, efficiency, and personalized services, all provided at very competitive rates.

Greetings from Bhutan and Chhundu Travels !!!!

I am happy to inform all our readers and prospective travelers that Chhundu Travels is one of the oldest travel companies in Bhutan. Established in 1986 as a ticketing firm, our history and journey as one of the most professional and efficient travel agency in the country is tied and very closely linked with the history and growth of the Tourism Industry itself in Bhutan.

Our services have been acknowledged in various ways: a year after our establishment, we were appointed the Representative for American Express in Bhutan and we introduced the first traveler’s cheques and credit cards to be accepted in the country; we have consistently been one of the top ten tour companies on the Department of Tourism’s published lists; and we have received mention in the Lonely Planet Guidebook on Bhutan as a high quality service provider and specializing in FIT travel; and we continue to be selected by a majority of the exclusive travelers that visit Bhutan.

At our company, all the guides are trained and licensed, and are experts in their given field, whether it is cultural tourism or adventure travel. We provide only the best, whether you desire accommodation in a luxury hotel or a countryside lodge, intercontinental cuisine or local cooking, or transportation in imported vehicles or horse rides and a porter. 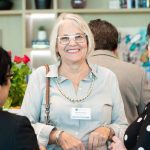 Had a spectacular early October visit to Bhutan: Thimphu, Punakha, Trongsa, Bumthang, Paro. From start to finish, we were treated with excellent care, the food was delicious, skilled driver on those windy mountain roads, and a good humored, intelligent guide/general manager Chimmi Wangchuck. There can be no better way to tour Bhutan than to use Chhundu. Thank you Chhundu for spoiling us with your charm and skills. 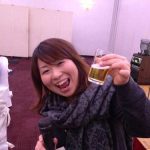